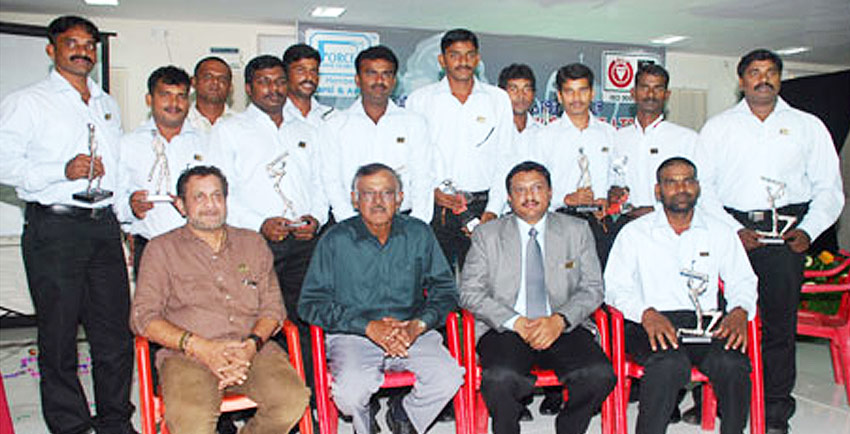 Not only is FORCE 1 conscious about the society, but also believes in the adage, "All work and no play, makes Jack a dull boy". That's when our Force 1 cricket team was launched during the year 2003.


The cricket team of Force 1 actively participates in the cricket tournaments conducted by various organizations in Chennai city and in other parts of TamilNadu and Kerala. The team represented by the name 20th Century Club and later Sridhar CC won the division Championships while moving from 5th to the 2nd division in the TNCA Cricket League.


Force 1 cricket team was felicitated by former India Captain and legendary off-spinner S.Venkataraghavan. He applauded Force 1 for recruiting unemployed youth who had a passion for Cricket, adding that he hoped a player or two from the team would represent India in the future.

To deliver the best that is Secure, Diverse and Innovative. Contact Us